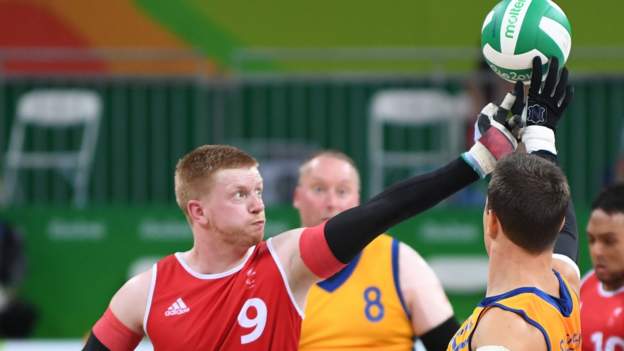 Chris Ryan and Gavin Walker will lead a 12-man ParalympicsGB wheelchair rugby team in Tokyo in 2020.

Nine members of the squad have previous Games experience, with Jack Smith, Nick Cummins, and Stuart Robinson set to compete in their first Paralympics.

Kylie Grimes, Britain's first female player at the London 2012 Olympics, returns after switching to athletics for the Rio Games cycle.

In the tournament's pool stages, Great Britain will compete against the United States, Canada, and New Zealand.

Cummins and Robinson both helped Great Britain win European gold in 2019, while Smith will be making his major international debut.

Britain has yet to win a Paralympic medal in the sport, having lost three times in the bronze play-off, and finished fifth in Rio.
They are currently ranked fourth in the world, trailing only Australia, the United States, and Japan.

“This team is loaded with talent and experience.
I'd like to pay tribute to their perseverance, dedication, and hard work over the last 14 months “Penny Briscoe, Paralympics Great Britain's Chef de Mission in Tokyo 2020, stated.

“Despite the challenges and constraints imposed by the pandemic, they have maintained an unwavering focus on their goal of reaching Tokyo.”

The Great Britain wheelchair rugby team for the Paralympic Games in Tokyo in 2020: