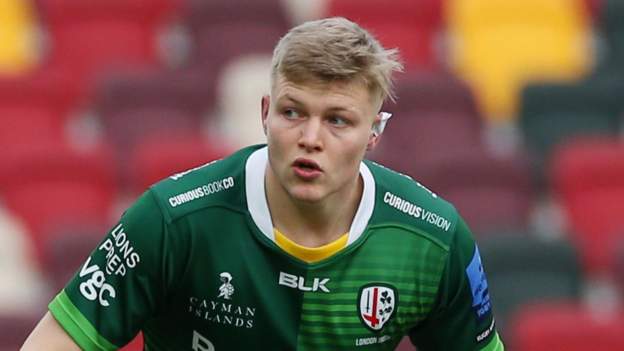 Premiership club London Irish have signed a senior professional contract for Tom Pearson as a backrower.

Pearson, 22 years old, joined the Exiles academy in 2013 and made his senior debut against Exeter last October.

In all competitions, Pearson made 18 appearances for the club. Pearson's contract term is unknown.

Eddie Jones, the head coach of England, included Pearson in his training squad for the Six Nations.

Declan Kidney, London Irish director of rugby, said that Tom “has seamlessly entered professional rugby after his arrival at the start of the 2021-22 seasons.”

“His development is evident, and we are looking forward seeing him progress over these next few years wearing a London Irish shirt.”