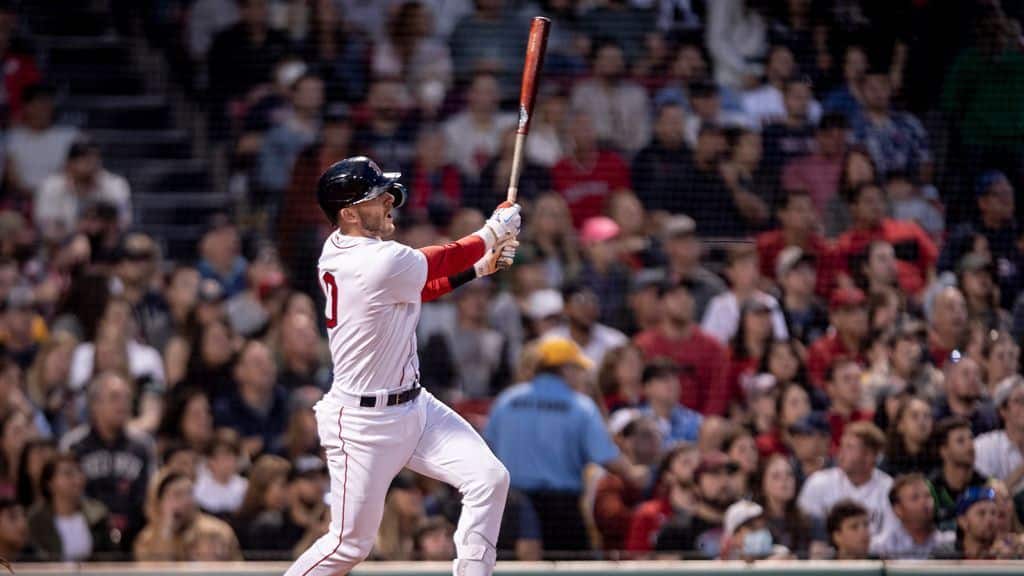 BOSTON Red SoxSecond baseman Trevor StoryFriday night saw us again connect with an ex-Boston player who was seated at the top of the Green Monster.

Story, who scored three runs in Boston's win Thursday, launched a grand-slam to give Red Sox a 4-1 lead. SeattleIn the third innings.

Jonny Gomes, a former Red Sox left fielder, was also back in action. He sat atop the Green Monster, instead of being in front.

The 41-year old Gomes, who was seated in the first row above Fenway Park’s famed left-field wall, raised his arms and moved to his right, before grabbing the ball against his back. He exhaled and high-fived the person next to him.

He did he really expect to hit a home run?

Gomes smiled big, with the ball on the table in front. “That's the reason I'm here. These are the best seats available in the game.”

Gomes works in television for the Red Sox cable outlet. It was his first homer, he said.

He was asked about his plans for the prized possession and he responded, “I'm going get Trevor to sign it and take home.”

Will Middlebrooks, an ex-teammate, noticed and tweeted: “JonnyGomes caught Trevor Story's grand Slam. He did it, but it still counts.