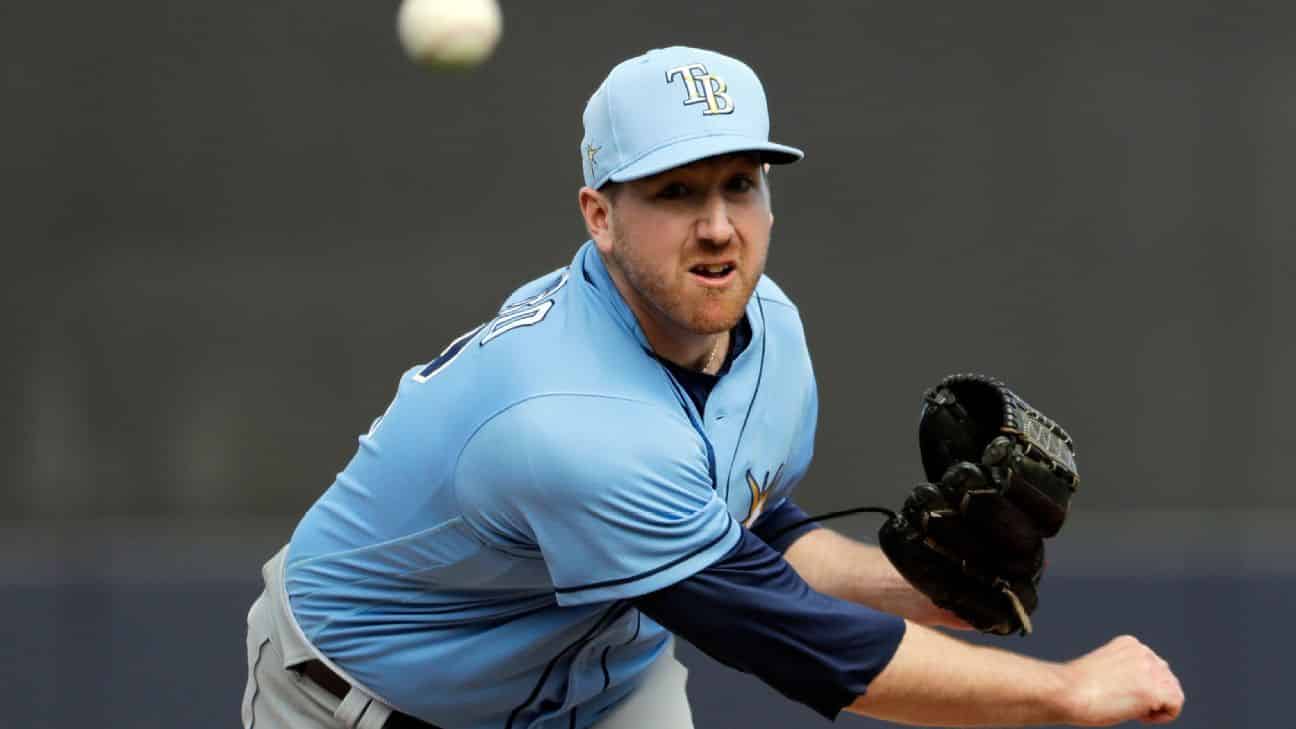 Tyler Zombro, Tampa Bay RaysMinor leaguer, who was hit in the forehead by a comebacker to he mound last June, said the Tampa Bay TimesHe stated in a Tuesday article that he is returning to pitching.

Zombro said that he had a CT scan of his head in December and that it revealed that the fractures that he sustained had healed. He plans to report to minor-league spring training, and believes that he will be there when the season starts.

Zombro stated to the Times, “They said, ‘You're ready to go.'” “So I've booked my housing in spring (training), so I'll be there.”

Last summer, it was still a big question whether Zombro would pitch again.

The right-handed reliever pitched for Tampa Bay's Triple A affiliate in Durham. He was hit by a 104 mph pitch up the middle. He was struck on the right side by the ball, just above his ear.

Zombro was taken to Duke University Hospital where doctors placed 16 plates and 32 screws in his head. Zombro remained in hospital for approximately a week before being released.

Eight months later, he said to the Times that he is almost fully recovered.

He told the Times that he would be 100 percent in the next one to two months.

Before signing as an undrafted agent with the Rays in 2017, Zombro pitched for George Mason University. This season, he has a 3.18 ERA and a 2.79 record in the minors.