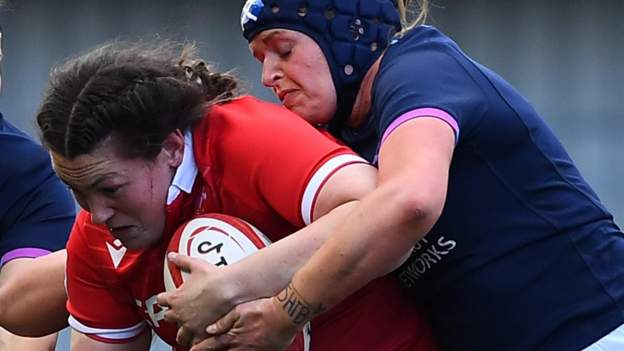 Martin Anayi, chief executive of United Rugby Championship, says there is a “willingness” to create a women's rugby competition.

Anayi stated that discussions have already been held with URC teams and the five Unions, which are represented within the 16-member league.

He pointed to England's Premier 15s as an example and suggested that a women’s URC would help the Six Nations.

Anayi stated that they are still exploring the possibilities.

“There's a will, and we would love to see a URC for women.”

The Six Nations has seen a record attendance of over 14,000 people watching England beat Wales. This is a testament to the growth of women's rugby.

Anayi stated, “We had an strategy day yesterday and we asked everybody to name the top three things they want the URC to do in the next five years.”

“A women’s competition placed in the top three among all participants.

“I believe there's a push, and I don't think that it's reacting the market or any other thing – it just feels as if we should have a woman's competition.

“I have asked all our unions and clubs where everyone is.

“What matters most is how our unions are performing at the moment, their plans, and what we can do to foster a better professional environment. This is exactly what they have done in England.

“We're talking to World Rugby about this also, because they have their own women's fifteen competition. We're also talking to the Six Nations which is really growing.

“We believe the URC could be a key component of how the Women’s Six Nations can grow and strengthen.

“We're just trying to figure out how we can make that happen. Is it necessary to have 16 teams? It is not. You can see that it's not all teams in Women's Super Rugby.

“We do have women’s teams operating in Ireland but it's a bit hit-and-miss elsewhere.

“But we can still put together a great competition, but it needs to be in tandem with what the clubs want to achieve and what unions would like.

The current 2021-22 season saw the launch of the men's United Rugby Championship. South Africa's four best teams were among the first to join the competition.

However, the November 2021 Covid-19 pandemic caused the South Africans to lose their participation.

Anayi acknowledges that the situation was damaging to the competition and had financial consequences.

“It was the first occasion we were going to be able to see them.” [South African sides]Anayi stated that they had to wait until March to see the results of the URC on their own home-patch.

“It was a pity it didn’t happen in November/December but we bounced and what we’ve learned over the last two and-a-half-years is to be resilient, keep bouncing back.

“We took a significant hit in cost over the course of the year. While we'll be more profitable than last year, I believe that this year will be better. And profit will still go to the clubs.

“I really look forward to a Season without Covid in it.”