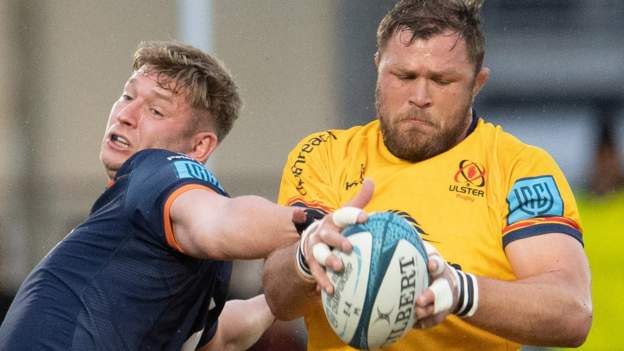 Ulster broke Edinburgh's unbeaten record at The DAMHealth Stadium and moved up to fifth place in The United Rugby Championship. It was a thrilling end.

Edinburgh did not make the pressure clear early on, but Robert Baloucoune's attempt turned the tide in favour of the visitors.

Nathan Doak's boot kept Ulster under control until Mark Bennett made his move over the defence.

Ulster won the last 10 games to stop a losing streak of three games and keep Edinburgh in eighth place.