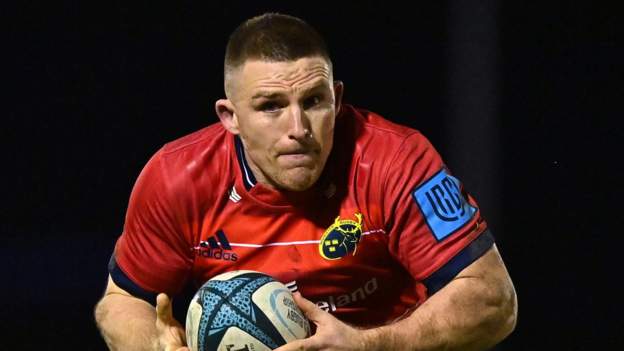 Conway is now fully recovered from a knee injury and is one the four changes Johann van Graan made after the Champions Cup loss by Toulouse.

Dan Goggin, Thomas Ahern and John Ryan are also in, but Peter O'Mahony remains out.

Leinster have already secured top place and top seeding for play-offs. However, a win by Munster would guarantee second and the home semi-final.

Munster are without Peter O'Mahony and Simon Zebo, with Damian de Allende as skipper. Jack O'Donoghue is the new captain.

Keith Earls is moved to the left side with Conway, who starts on the right. Fineen Wycherley joins Alex Kendellen (and O'Donoghue) in the back row.

Leo Cullen, Leinster's boss, has decided to rest several Leinster players ahead of next week’s Champions Cup final in Marseille against La Rochelle. Larmour and Baird are returning from injury.