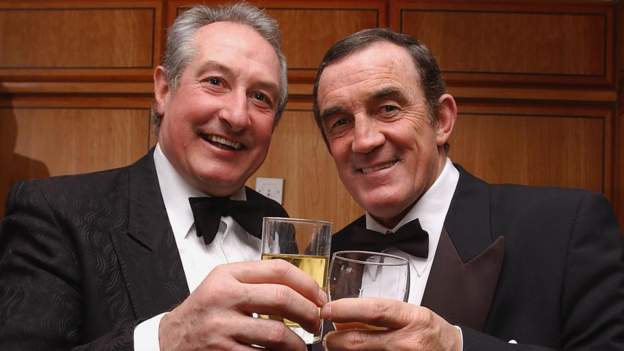 Sir Gareth Edwards, ex-scrum-half of the British and Irish Lions in Wales, said that Phil Bennett, who was 73 years old on 12 June, “will always be remembered”.

Bennett was one of the most important players to sport the number 10, both for Wales and for the Lions.

Edwards & Bennett were the famous half-back partners for the Lions 1974 South Africa Tour. They won three Tests, and one draw.

Edwards stated, “I'll always remember him with smile on his face,”

“I feel so lucky to have played with him.

“He was a wonderful friend and he'll never be forgotten.”

Many consider Edwards' 1973 attempt against New Zealand to get the Barbarians is one of the most important tries of all-time.

Edwards was the final touch, but it all began with Bennett's fancy feet five yards from his try line.

Instead, what happened was a fail which will be repeated many times over the years.

“Phil had great rugby sense. I believed he would kick it to touch when we needed that break.

Edwards said that Bennett's ability to control the ball with his fingers was a testament to how much he contributes.

Edwards stated, “He wasn't very tall, but he was brave. I sometimes thought he was silly.”

“I didn’t have a favourite with him because they all contributed to them.

“Whether it be kicking penalties, shining people with runs or bringing down large forwards – which they couldn’t believe he was brave enough for to attempt.

“He didn’t hesitate to get in there when it hurt.”

You can find more information at iPlayer: “Scrum V: A tribute To Phil Bennett”.