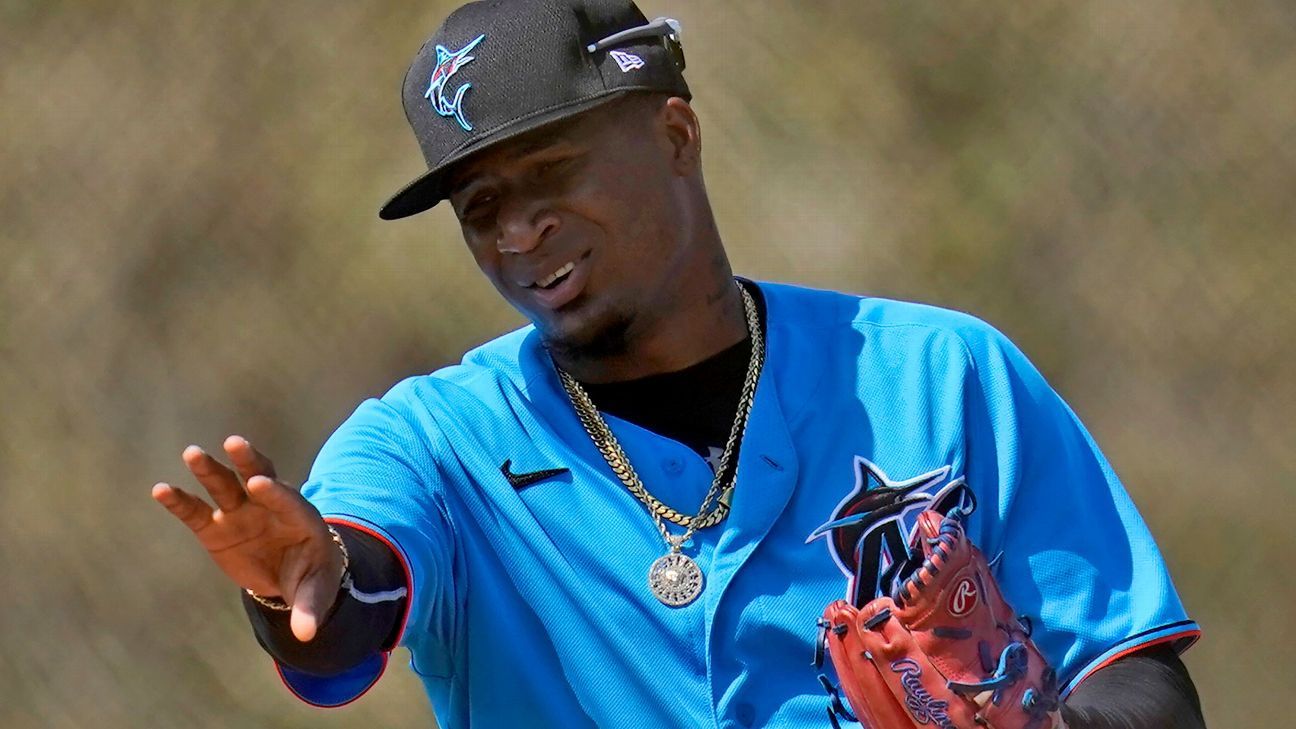 Miami Marlins starting pitcher Sixto Sanchez will miss the rest of the season after an MRI revealed a small tear in his right shoulder on Monday.

The highly regarded prospect will have arthroscopic surgery, with the team hoping he will be ready to return in time for spring training next year.

It has been a frustrating year for Sanchez, 22, after an impressive debut season in 2020 for Miami. He went 3-2 in seven starts last year as the Marlins advanced to the playoffs, sporting a 3.46 ERA with 33 strikeouts in 39 innings. He also made two postseason appearances.

But his return to the club for spring training went off track, as the Dominican right-hander was delayed by a visa issue and then a false positive on a COVID-19 test.

“I don't feel frustrated, but it was a weird feeling,” Sanchez said at the time, via an interpreter. “That false positive spoiled my momentum, but I'm not that far behind. I just can't pitch as many innings as the other guys.”

He did not appear for Miami in the regular season, as he battled shoulder soreness. Sanchez recently experienced a setback while increasing velocity in a throwing program.

“Obviously, awful news starting with him and for us as an organization,” Miami manager Don Mattingly said Monday. “I know we'd like to take the conservative route and hope we wouldn't get to this, but obviously we have.”

Sanchez was acquired two years ago in the trade that sent catcher J.T. Realmuto to the Philadelphia Phillies.

The Associated Press contributed to this report.