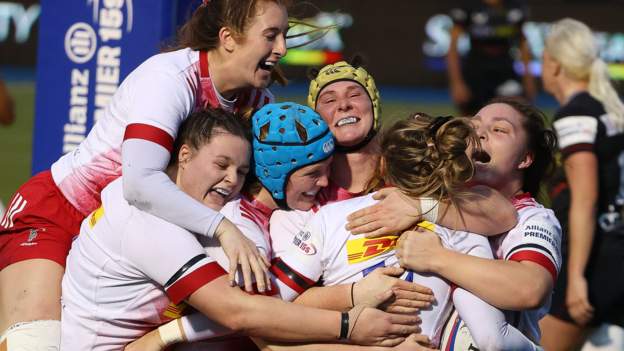 The Women's Premier-15s semi-finals on Sunday will be broadcast live from the UK by BBC Sport, BBC iPlayer and BBC Sport App.

In a reprise of last year's final, Harlequins, the champions, and Saracens (the table-toppers) get into action.

Quins, who won their first title last May were fourth in the table to set up a match against Sarries for the last-four.

The second semi-final of the day will see Bristol Bears host Exeter Chiefs (16:30). They have already defeated the same opposition 29 to 26 on the last day of regular season.

Chiefs rallied from being four points behind to win, despite Laura Delgado's late sending off for a dangerous tackle.

Delgado's forward Rownita Marsston of Bristol, who was cited following the match for a dangerous take, will be cited. both miss Sunday's match.