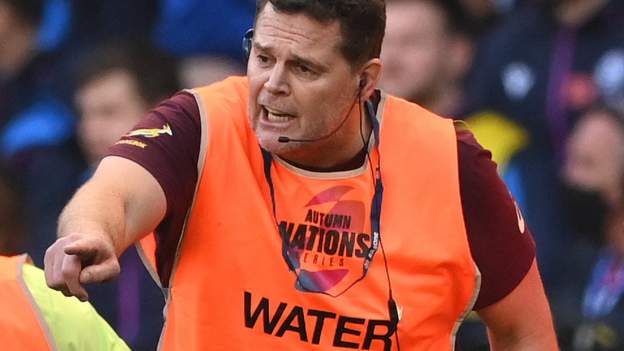 During the British and Irish Lions series and the autumn Tests last season, Erasmus used his position to give advice to his team.

The carrying of water by head coaches or directors of rugby is explicitly forbidden.

New rules state that water carriers are only allowed on the pitch twice per half. They are prohibited from entering the pitch at all other times and must stay in a technical area on the touchline.

If players need to rehydrate beyond the agreed window, water will be available from the technical zone or behind the ball line.

Teams could face penalties if their staff violates the new trial laws which are in force worldwide starting 1 July.

One states that “no one should approach, address, or make comments about match officials, except for medics who are treating a player.”

“Should this occur, the sanction will consist of a penalty kick.”

Erasmus is serving a banAs punishment for a half-hour video he made critiquing the officials' performance in the Lions' first Test loss in July, which the home team went on to win, he was barred from Springboks matchdays.

Based on feedback from all over the world, the new rules were developed and are supported internationally by International Rugby Players.