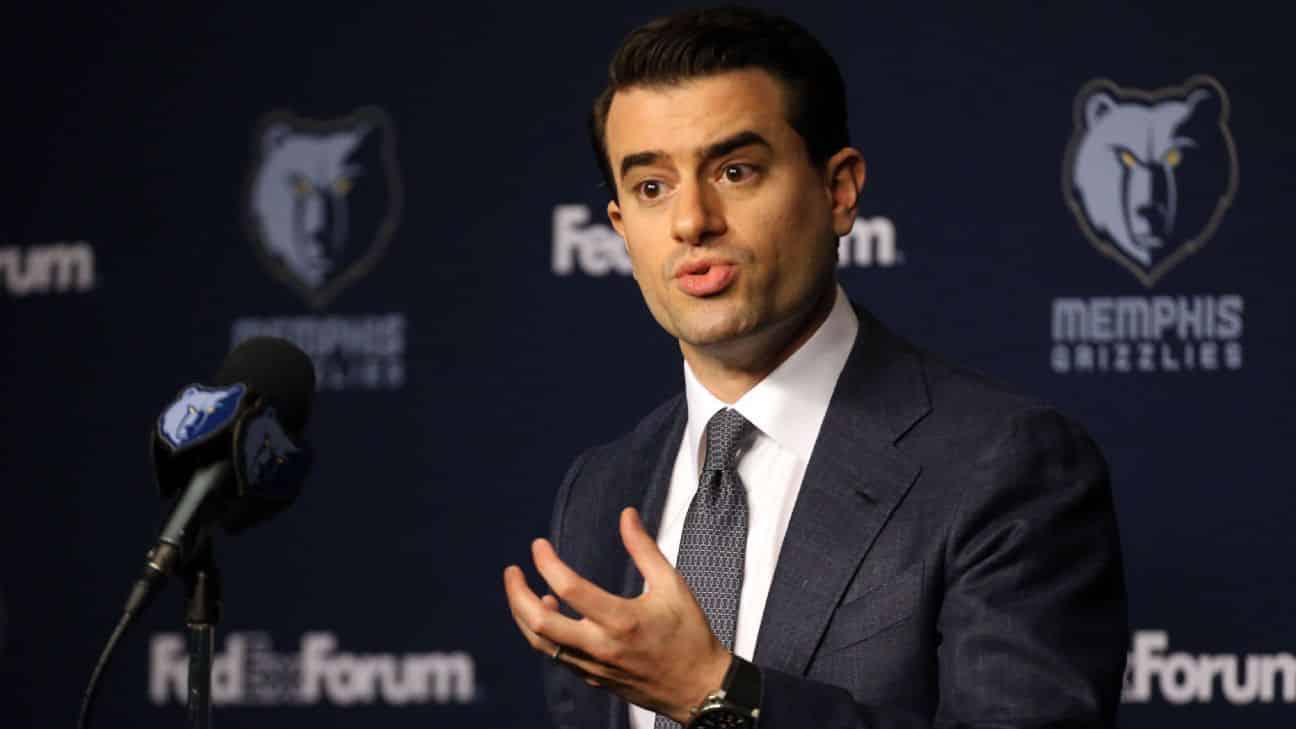 MEMPHIS, Tenn. — Memphis GrizzliesZach Kleiman, the NBA basketball executive-of-the year, was named by the league's general manager. He is the youngest recipient of this award.

Kleiman (33), is the second executive to be honored by the Grizzlies. Jerry WestWhile working with the Grizzlies, Kleiman won the award for 2003-04 season. Kleiman was appointed general manager and executive vice-president of basketball operations in April 2019.

Kleiman compiled the roster that had the NBA’s second-best record at 56-256, tying the franchise record in wins in a single season. The No. The Grizzlies' No. 2 seed in the Western Conference ranks as the highest in franchise history.

Guarding the Grizzlies Ja MorantStarted the All-Star Game, and was awarded the Most Improved Player award. Taylor Jenkins was second in the voting for coach-of-the year. Kleiman hired Jenkins as a coach in 2019, and later drafted Morant with No. 2nd overall.

Kleiman was first hired by Memphis in 2015 to be in-house counsel. He then became assistant general manger for the 2018-19 season. Before joining Memphis, he worked in an international law office.