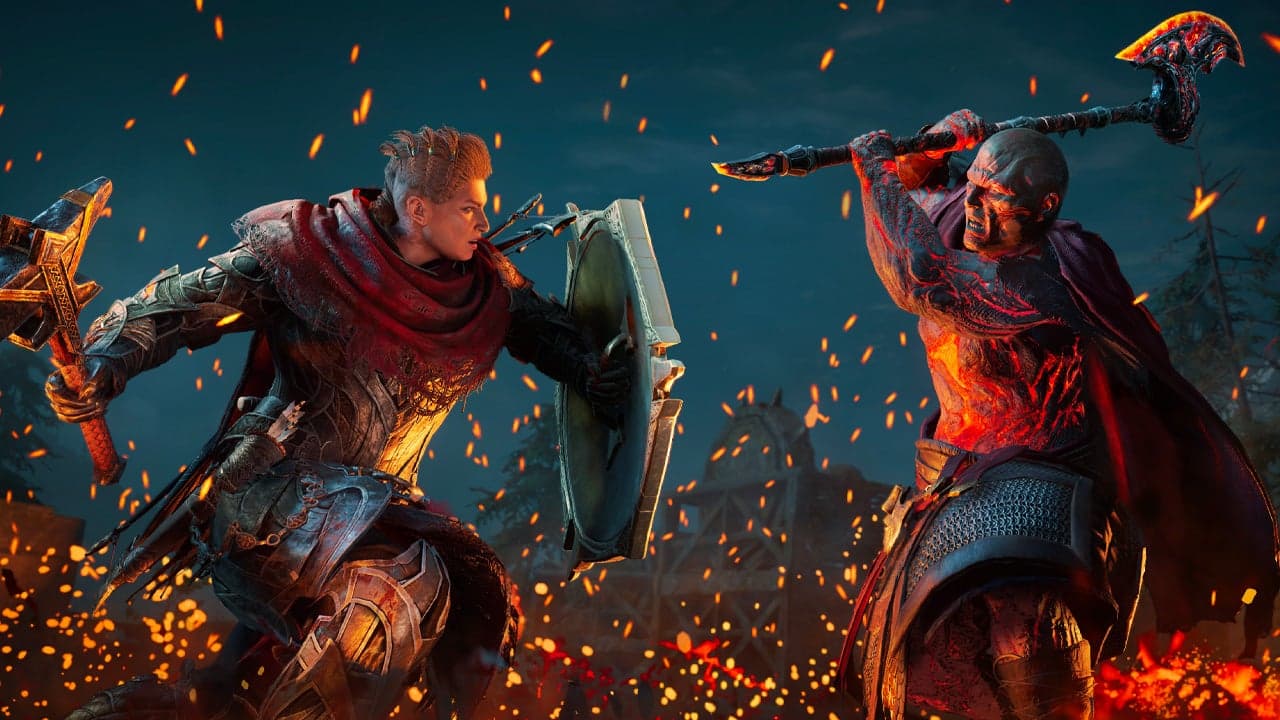 Ubisoft has never been one to shy away from reinventing the Assassin’s Creed series, whether they’re killing off their protagonist , taking a brief detour into competitive multiplayer, or transforming their most recent games into stat-driven RPGs. And the upcoming expansion for Assassin’s Creed Valhalla, Dawn of Ragnarök, looks to be no exception. Taking on the role of the iconic Norse God Odin on a quest to rescue his son, you’ll find yourself with a plethora of over-the-top, game-changing supernatural powers that are unlike anything we’ve seen in the beloved saga of cloaks and daggers.

The Power of Jotunheim is one of Odin's abilities. It turns you into a frostgiant and allows you to teleport while you dodging, roll, or fire arrows wherever you wish to reappear. It also lets you blend in with frost giants if you’d rather avoid conflict. Similarly, the Power of Muspelheim turns you into a fiery demon, making you immune to lava, fire, and explosions while also letting you trick fellow lava lads into thinking you’re one of their own.

But that’s just where your godly abilities begin! The Power of the Raven allows you to transform into a bird at will, fly high, and then return to your human self whenever you like. Hysterically, this can be used to fly over an enemy as a bird then hit the oh-so-sweet “assassinate” button to instantly plummet to the ground, become human again, and kill whatever you were targeting. There’s also the Power of Rebirth, which automatically raises any enemy you kill from the dead and makes them fight by your side for as long as the ability is active. You can build a large army and overwhelm your enemy with the Power of Rebirth.

Instead, the Power of Muspelheim social sneaky ability would be used to make an enemy look like you and allow you to casually stroll through the fortress.

Presumably because these powers seem overpowered as all get out, you won’t be able to teleport or raise undead armies willy nilly. Instead, you’ll have to find enemies in the world who carry these powers, kill them, then choose an ability to steal – which only lasts for a limited duration. You can use the Rebirth power to recruit undead troops to fight your way through an enemy fortress. However, stealing the Power of Muspelheim social theft ability would allow you impersonate your enemy to walk casually through the fortress without conflict. Making the most of the powers you can take from the enemies around you allows for lots of different approaches to any given scenario, and that’s a really enticing premise to this aspiring god-king assassin.

Adding to the impressive repertoire of godly powers are some really awesome combat abilities that let you shoot lightning, enter a berserker rage, and use the new atgeir – a kind of polearm that can pull off some truly devastating stunts in combat. It all adds up to an exaggerated, superpowered sandbox unlike anything we’ve seen before in Assassin’s Creed and I can’t wait to cause absolute mayhem as Odin next month. One thing’s for sure: we’ve come a long way since the days of fighting with daggers and swords as good ol’ Altair, and Dawn of Ragnarök looks poised to breathe new life into a series I’ve been enjoying for nearly 15 years.