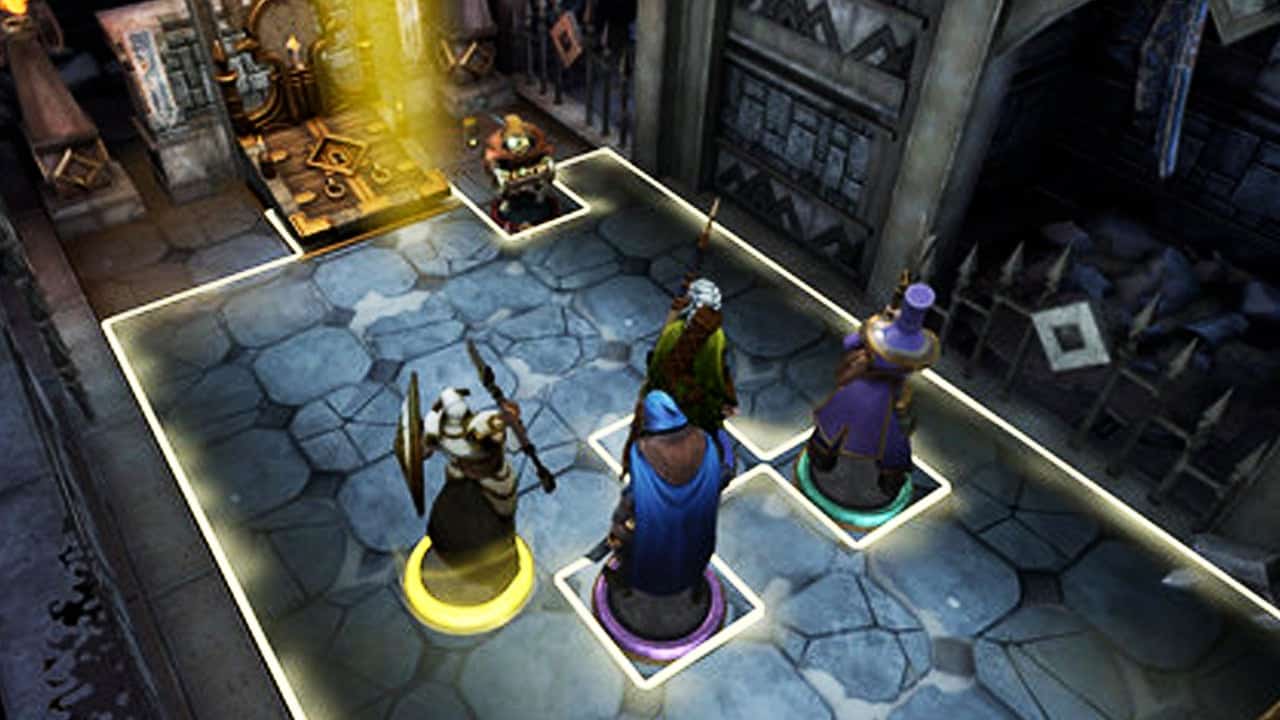 It’s no secret that VR and tabletop-style RPGs make a natural pairing, but what happens when you port a made-for-VR, tabletop RPG-inspired dungeon crawler, like Resolution Games’ fabulous Demeo, to the PC – where competition like Divinity: Original Sin 2 and Wasteland 3 already awaits? Demeo offers something completely different than those other games. It compresses its card-based tactical combat to short skirmishes instead of full campaigns. There is no leveling or grinding between. That’s right: you and your friends can most likely jump into and play an entire Demeo campaign in under three hours from start to finish, and crossplay support means that no matter who's playing on PC or in VR, you can always play together.

If you aren’t already familiar with Demeo, it’s a turn-based, tile-based tactical adventure game that centers around animated miniatures on a simulated tabletop board. It features monsters, traps, and a randomly generated environment – doors, corners, and all – that you and up to three other players will need to make the most tactical use of in order to survive. This works much like in any great D&D campaign, but Demeo makes all of it so much more simple and easy to pick up and play. And conversely, the biggest difference here in comparison to computer role playing games like the aforementioned Divinity: Original Sin 2 is that Demeo is more like a shot of D&D-flavored caffeine rather than a full-blown roleplaying game that you’d otherwise need to commit any serious time to. You won’t level up a character or engage in a storyline, but you can always pick it up and crawl through a dungeon by yourself or with pals. Between matches, you earn cosmetic rewards and upgrade your card deck – meaning that a wider variety of abilities can randomly become available to you while you play – so there’s always a reason to keep playing, but you won’t ever get left behind for missing a few sessions.

If you’re curious how Demeo works on a mechanical level, it’s actually very simple and easy to explain – especially to your friends who don’t know that much about D&D. Skirmishes are made up of three rooms. Each one is harder than the other and has a range of randomly generated dangers. All you need to do is survive long enough to defeat the specific monster that’s carrying the key for that room, then it’s time to hustle to the door and start the next room – until you reach the third and final room, where you get to face off against a final boss. If your team works well together, each room takes around an hour. Demeo is much more accessible than trying hard to get everyone to sit down and read books and dice every Sunday night.

If your team works well together, each room can be completed in about an hour. Demeo is much more accessible.

Instead of creating a character from scratch, you simply choose from a list of five classes, which may sound oversimplified at first, but it keeps things moving right into the action in a way that CRPGs generally don’t. I chose the Ranger-like Hunter, who has the power to fire poisonous arrows and even summon an animal companion, which came especially in handy when I needed to distract a giant slime monster from cornering the party’s magic user. It’s neat that every character gets exactly two action points per turn, and you can spend those on moving around the map or using attacks. Conveniently though, healing potions cost zero action points to use, provided you have any in your deck – meaning that you can quickly recover from critical blows without losing your mobility. Your abilities are tied to a system of cards, and the cards you get (of five in total) are entirely random. It’s cool that, after earning 100 points – which happens gradually by killing enemies, finding treasure, or just by surviving – a randomly-chosen new card is added to your deck. This keeps the pacing steady as you move through each room, and it’s also neat that you can find treasure chests which offer the opportunity to draw a random card immediately. Demeo’s minimalistic layout keeps things simple, fun, and socially engaging.

It’s rarely easy to make a made-for-PC game work well in VR, or inversely, make a made-for-VR game work well on PC. However, that isn’t at all the case with the PC port of Demeo, which comes with versatile settings options that let you mess with everything from frame rate to whether or not you want to use its in-built HDR setting, something I myself did not get to play with but am mostly just impressed it exists in the first place. Regardless, it’s much smoother and more natural to play Demeo with a keyboard and mouse than it is to play, say, Half-Life: Alyx which clearly is built around VR hand controllers.

It is possible to get the real experience of tabletop by playing in VR or on a PC.

Demeo, which is by definition all about controlling pieces of a board, can be played in VR to get an authentic tabletop experience, or on PC for a more traditional CRPG-like experience. Both the PC and VR versions of Demeo have an intuitive interface. You can move the camera with your right mouse button and WASD keys. It’s a nice touch that miniatures appear clearly outlined in red or green (based on whether they’re a friend or a foe) if a physical object is obscuring your view of them, which is a small thing that goes a long way in making an otherwise messy tabletop way more readable on a flat screen, and which makes more sense in a PC port built around the keyboard and mouse setup than it would in a VR game where you can just stand over the board and clearly see each miniature at all angles. But otherwise, if you know what it’s like to play a modern CRPG, you’ll feel right at home in Demeo. I’m definitely excited to take a closer look at this PC port when it officially releases on April 7th.