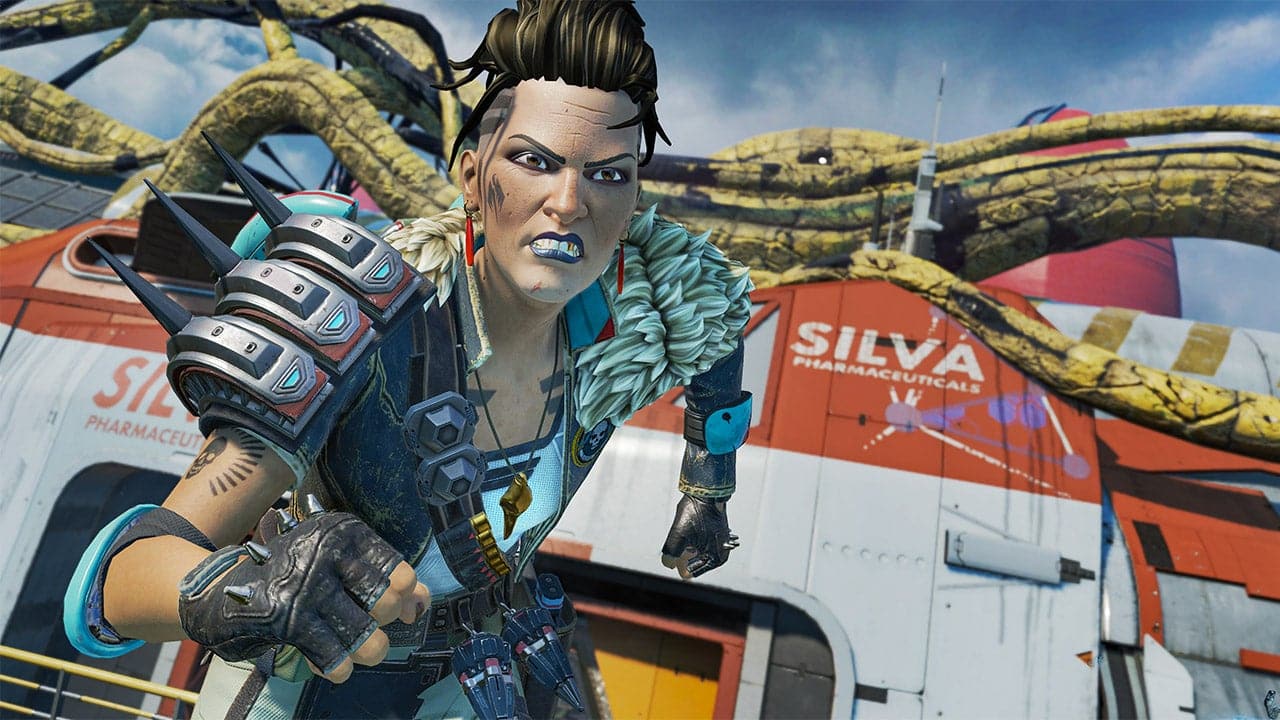 Apex Legends Season 12: Defiance marks the start of the popular shooter and the introduction of Mad Maggie, a new Legend. Maggie has been a labor-of-love for Respawn. She is a quick-talking warlord who can hit the ground running. The team sees Maggie as not just a gameplay opportunity, but a chance to bring an authentically realised Māori character into the game.

“It became apparent very early on that we had an opportunity and responsibility to make the character not Pākehā like me,” says Sam Gill, Narrative Lead on Apex Legends and New Zealander abroad. “Not some white European, we've covered that. We are proud to share multiple cultures with the world. We've got a user base in excess of a hundred million, to have ‘Kia ora’ and ‘Kia kaha’ be heard around the world contextually, so people understand what these phrases mean, is a career highlight for me.”

To ensure they got it right, Respawn partnered with Maui Studios, a New Zealand-based creative and digital studio focused on Māori representation. Maui Studios was with the team as Maggie was developed.

“They provided input and offered suggestions on all of Maggie’s dialogue, as well as held workshops with our animators to act out facial expressions and hand gestures and body movement styles that would fit Mad Maggie, and be recognisable to New Zealanders,” Gill says. The development team would host weekly presentations and invite Maui Studios to give feedback and advice on progress. According to Gill it was all done “to make her as excitingly and authentically Māori as possible.”

Vincent Egan, a Maui Studios leader, even created a haka specifically for Maggie. This can be heard below in the Judgement cinematic clip.

Apex Legends is Respawn's main focus. It can be representation of specific cultures, genders or sexualities. With a player base that spans the globe, it’s not hard to see why it’s an important part of the game’s ongoing development. “This doesn't necessarily define which character we make next though,” Gill says when asked about the broader subject of creating a new Legend. “But, we're always very aware of who we haven't represented. In terms of how we pick each character's background, it really is case by case.”

Maggie's origins are quite clear. She played a background role in Apex Legends’ first taste of foul-mouthed Oceanic verbiage, Fuse. The Aussie needed a foil, and the team decided “who better than a Kiwi?”. “Back then she was never considered a Legend who would have abilities,” Sam Gill says. “She was just a really interesting, fiery, passionate, kick-ass woman. Fans reacted well to her, and that was kind of why we’ve elevated her to Legend level.”

It is not easy to make the transition to Legend. There’s designing and playtesting new abilities. There’s writing and recording over 1,600 lines of new dialogue. And there’s the process of refining and defining her look. This challenge meant incorporating Maggie’s personality, background and culture into every part of her visual identity. Everything down to the last detail.

“As artists we tend to be drawn to the cool visuals, but the more you learn about Māori art, the more it becomes apparent how much history is behind it, and how important it is that the meaning is preserved,” Brett Marting, Concept Artist on Apex Legends says. “It was amazing to have our partners at Maui Studios guide us along the way.”

This runs from the patch on Maggie’s jacket to the distinctive tattoo on her cheek. “The tattoo is worn by the heartiest of Māori females,” says Vincent Egan, CEO of Māui Studios and Cultural Consultant, explaining the ink’s meaning and significance. “Mad Maggie’s tattoo has a clean line through the centre and it represents the strength of her heart. The spiral, or koru, that emerges from the middle of the tattoo is shaped like a Mangopare or hammerhead Shark. This symbolises the unending will of Mangopare sharks to fight on even after their deaths. This power is imbued into the wearer and has been inspired by Tuatini Arahanga, the creator of these tattoos, or moko.”

This level of detail extended to the design of Maggie’s Māori Warrior Legendary skin (below), which was based on an interpretation of the war god Tūmatauenga. Respawn received reference material from Maui Studios every so often during discussions and presentations. The team used this information to create the Legend.

Maggie is a part of the larger Apex universe. The Apex Games are a futuristic bloodsport in the far future. With its diverse line-up of Legends, who run the gamut from mercenaries to astrophysicists and even stunt performers, Mad Maggie's path to winding up in the Apex Games is fleshed out in the excellent ‘Stories from the Outlands’ cinematic short ‘Judgement’.

In it we see Mad Maggie, or Margaret Kōhere, a rebellious outlaw fighting for her homeworld of Salvo, captured by the Syndicate. Put on trial she’s eventually sentenced to fight to the death, but not before she spits one of her own teeth at the presiding judge in a pure display of sheer kick-ass rage. “That the infamous ‘tooth shooting’ moment was in the very first draft of the script,” Sam Gill confirms. “But I never believed we’d get to actually make that. It’s too extreme, it’s too silly, it’s too impossible. I’m so delighted to see that moment not only survived, but has become iconic in the fan community. It’s very Maggie.”

“Storytelling in Apex is always very collaborative,” Gill adds. “Once the script was locked, we worked closely with The Sequence Group to help find the right visual style, tone, and rhythm for Judgement. As long as the story is dealing with human pain, human need, and good old fashioned human conflict, the audience is going to be able to emotionally connect.”

“Since Maggie is a proud Salvonian with a long history of resisting the Syndicate, we felt it was important that she felt like an outsider, so her particular visual identity was informed by that,” Brett Marting says. “We wanted her to be rougher around the edges than the rest of the Legends, even rougher than her old ‘friend’ Fuse, our first Salvo character. Maggie is raw Punk Rock if Fuse is Rockabilly. Maggie is like a cold shot of grain alcohol to Fuse. While Fuse plays to the crowd, Maggie stands by her roots, and doesn't feel the need to change for anybody.”

Maggie is raw Punk Rock, whereas Fuse is Rockabilly. Maggie is a shot o grain alcohol, while Fuse is cold beer. – Brett Marting.

Maggie is a fierce 55-year old resistance fighter who has fought oppression her whole life. And while her initial introduction was that of a rage-filled mercenary in Fuse’s debut, “we’re now seeing Maggie’s story from her perspective,” says Gill, “and that’s giving audiences a chance to understand her, and empathise with her.”

In developing Mad Maggie’s gameplay, having an established personality and history within Apex Legends meant creating her abilities was a relatively straightforward process for the team.

“I’m a big believer that people are what they do, not what they say,” Sam Gill explains. “Behaviour is character. Therefore, a Legend’s abilities are expressions of that Legend’s personality.” That philosophy can be seen throughout Apex Legends. Gibraltar’s gun shield is representative of his protective nature, Horizon can mess with gravity and air flow because, well, she’s an astrophysicist.

“When she was introduced we saw Maggie as uncompromising, vicious, and willing to do whatever it takes to free her homeworld,” Sam Gill says. “So, what could be more Maggie than a wild Wrecking Ball that charges into combat causing mayhem? One of her abilities is related to shotguns, and Maggie herself is something of a shotgun – loud, abrasive. A laser is kind of technical, whereas a shotgun is more gritty and mechanical.”

In-game the Warlord’s Ire passive rewards Maggie when she’s close to the action with a shotgun in hand with a speed boost. It’s a fun mechanic that plays into everything about her. This kind of tangible action really brings out her character. So too does Nicola Kawana’s exceptional vocal performance, which adds another awesome one-liner layer on top of the care and attention to detail that went into Maggie’s creation.

“I was brainstorming a bunch of what we call ‘intro lines’, which are badass one liners that trigger when a player selects a Legend,” Sam Gill says. “I’d written a few that weren’t quite ‘Maggie enough’, and then one fell into my lap. ‘I’m gonna get a bag, fill it with knives, then beat you to death with it.’ It’s brutal. It’s over the top. And no other character would form that phrase.”

That’s a classic kind of line for a tough character like Maggie, but others lean more into her heritage and cultural background. “The classic insult in New Zealand,” says Gill, “is to call someone an egg, ‘Don’t be such an egg, you egg!’. To hear Nicola, the amazing voice actor behind Maggie, in a VO booth calling all the other Legends eggs has made me happier than I can ever describe.”

Kosta Andreadis (Australian musician, freelancer) is Kosta Andreadis. This Diablo retrospective in longform was written by Diablo. Take a look at his musicAnd follow him on Twitter.