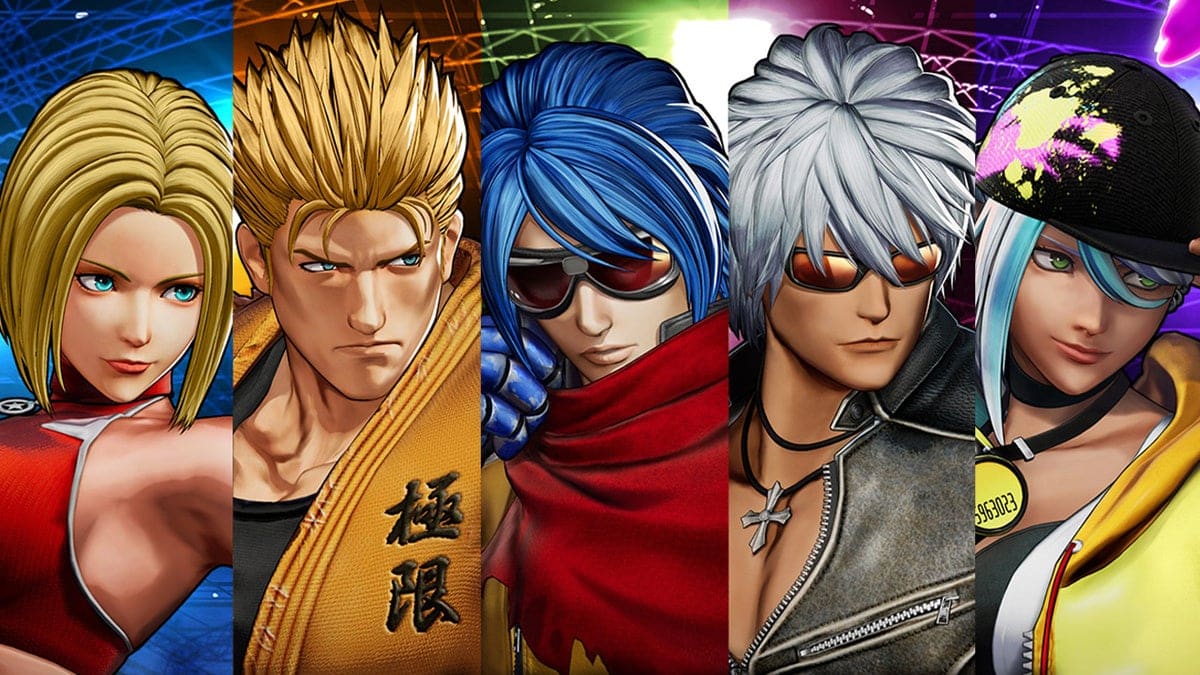 King of Fighters has gained a lot of momentum over the years, and King of Fighters XV will no doubt continue that trend. The latest in SNK’s premiere fighting games plays it safe by focusing on subtly refining the already solid mechanics of 2016’s King of Fighters XIV and bringing the graphics up to a more modern standard, but never really reaches beyond that in an attempt to take the series to the next level. Because of that lack of ambition it won’t do much to grab the attention of those who don’t already have eyes on the series, but for longtime fans this is a reliable return for the king.

KOF XV, as is traditional, is primarily a 3v3 fighting system (though it can also be played in casual 1v1 modes), but there is a twist to the fact that there are no assist or tag mechanics. Instead, matches play out in a series of 1v1 duels with the winning character staying in play with a persistent health bar until the opposing team’s three characters are all defeated. This means you don’t get the team dynamic and synergies found in tag fighters like Marvel vs Capcom or Dragon Ball FighterZ, but KoF requires you to think strategically in making sure that you craft a well-balanced team from the roster of 39 characters. Because you can get more super meters if your team has two or more characters, it is important to decide the order you place them. (Those who can build meter but don’t necessarily need it should go first, while those who excel at dealing massive damage once they’ve got a fully stocked set of five meters should be used as the anchor in the third position.) It’s a great and well-proven formula, and while I’ll personally always prefer to only have to specialize in one character at a time as opposed to three, King of Fighters XV’s team mechanics allow for exciting matchups with great potential for comebacks thanks to its big-damage combos that can essentially delete your opponent’s lIfe bar in a single combo, if You have the ability to do it.

What We Said about The King of Fighters VIII

King of Fighters XIV has an incredible amount of content. It offers nearly twice the number of characters available than other games. The fighters themselves are well-designed, both mechanically and visually, and push boundaries with a execution ceiling that is higher than in any other fighting game. King of Fighters XIV’s netcode and technical shortcomings are itis biggest stumbling blocks, but mastering its characters and leveraging what you’ve learned remains satisfying regardless. Although there are no shortcuts to the title of King of Fighters, the journey is worth it. Darry Huskey August 24, 2016

Check out the complete review of The King of Fighters XIV

Take it to the Max

KOF XV is fundamentally a prettier version KOF XIV. They’re both four-button fighters with two light attacks and two heavy attacks; both have those tricky hops and super hops that help make approaching from the air hard to react to and awkward to punish; every character in both games can roll to safely move through projectiles and close the distance; and both have those auto-combos that people will be arguing about on Reddit threads, message boards, and social media until the end of time. The auto-combos are even more powerful, as a simple punch from close range can net you a four-hit combo which ends with the strongest super move your meter allows. If you have at least three meters stored, that’s a nearly 50% damage combo just for hammering a single button. That sounds dramatic, but even the simplest of combos that incorporate a level 3 super can deal more damage than that, and if you were to use KOF’s trademark system of canceling supers into each other, it’s very easy to leave a button masher in the dust. Still, it’s an awfully high reward for a bad habit, which does more harm than good for players truly looking to get into the series.

KOF XV is not a retread, despite the improvements to auto-combos. There are two major changes. A universal Shatter Strike is now available that can crumple your opponent and allow you to extend combos. More importantly than that, it’s also a great defensive ability that can absorb hits and simultaneously deal one that will stun your opponent, much like a focus attack from Street Fighter 4. This add-on is fantastic because it gives all characters an extremely strong anti-air option. This reduces the need for special moves with antiair properties to be remembered. KOF XV is a game where jump-ins are extra effective because of the multiple angles of aerial approach that having both short hops and regular jumps allows for, and giving every character an answer to that problem helps to bring up those who don’t have those built-in anti-air options.

The other substantial change is a revamp of MAX Mode that disappointed me at first, but I’ve come to appreciate it as a worthwhile trade off. MAX Mode grants you a temporary buff that increases damage and allows you to use EX specials without spending any meter. However, it now costs two bars instead of one. This means that it is much more costly to convert damage from pokes in neutral. It also requires that you get close to the target if you want to do that huge amount of damage. Not only that, but canceling an attack into MAX Mode now triggers a shorter version of the buff called MAX Mode (Quick) that has a much smaller meter and doesn’t offer the same damage buff that regular MAX Mode does. EX Special Moves can now be used outside of MAX Mode for a fraction of the cost of MAX Mode (Quick), which significantly expands each character's options in terms of getting into and starting their offense.

Even though 39 is fewer than the number of characters that KOF XIV launched with, KOF XV’s roster is still a very impressive number relative to most fighting games right out of the gate. Newcomers to the series include Dolores, a psychic who looks like she was plucked straight from Bayonetta and uses sacred dirt to attack her foes; Isla, a stylish young girl who fights with phantom hands that allow her to attack from mid range and use some really tricky crossups when she rides them towards her opponents; and Krohnen who – let’s just be real – is basically Tetsuou from Akira.

Other than those three, Elisabeth and Shermie are brand-new to the roster [Correction: Chris, Ash, Yashiro and Shizuru also make their return to the roster]. Elisabeth was at KOF XIII, and she only returned after one game. However, Shermie makes her first mainline return since 2002. The other 34 30 KOF XIV wholesale has been used to create these animations. Other than better-looking characters models, the entire thing is basically unchanged. A handful of characters have gotten new level 3 Climax Super Moves, but many others have all of their animations ripped directly from KOF XIV, and that’s kind of disappointing, because even though the new models do look great, they’re just a fresh coat of paint on animations that are now six years old.

Get to the Point Where It's Most Important

King of Fighters XV may be a modern-looking KOF title, but it feels terribly out of date when it comes down to the modes. The tutorial teaches you the basics of the game but does not explain why. Its story mode, which is the same old arcade mode, has you fighting uncontextualized battles that end in an unfairly balanced boss final boss fight. There are only five combinations per character. As far as single-player content goes, that’s all there is to it. With games like Mortal Kombat 11, Guilty Gear Strive, and even fighters on the indie scene like Them’s Fightin’ Herds all raising the bar both in terms of how they introduce new players to their mechanics and their single-player story modes, King of Fighters XV feels utterly bare bones by comparison

It excels in an area that is very important to online fighting communities, which is excellent online fighting. Its rollback netcode is fantastic; it’s super easy to set up a private lobby with queues, spectators, and customizable rules; there’s an online training space where you can practice with a friend; you can search replays by character to study up on a match up; and there are both ranked and casual playlists for matchmaking. Of course, this is going off of my pre-launch experience playing against other journalists and content creators, but even in matches against people who were across the country, outside of a small handful of exceptions that weren’t even that bad, performance has been consistently smooth.