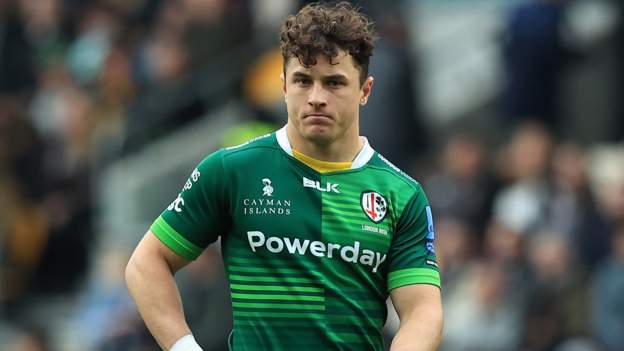 Duhan van der Merwe, the semi-final-hero, is back from injury and will start for Worcester in their Premiership Rugby Cup Final against London Irish.

The Scotland winger was one of five new additions to the Warriors team that was defeated by Saracens 30 April.

After running the length the pitch, Harry Arundell, full-back, starts. He scored a memorable try while in France.

The match will take place at Brentford Community Stadium, the Exiles' home.

Van der Merwe is joined in the Warriors’ backline by Jamie Shillcock, centre Ashley Beck, and Ethan Waller at prop.

Lucio Cinti takes over the wing for Exiles. Will Joseph is the central figure.

Mike Willemse begins at hooker, and Chunya Maunga is in row 2.

“Cup finals in professional rugby are an exceptional occasion and players, staff, and supporters have every right to be excited about Tuesday night's final.

“This season has been great for us and we look forward to tomorrow night.

“Worcester is coming to West London with a full-strength team, so we know that we will have the opportunity to win.”

“It's our seventh final and first domestic final as a top flight club. This is a very exciting occasion for all of us, the players, playing staff and supporters.

“There are five coaches-loads of supporters coming down and two more for staff. I'm sure that many supporters will also make their way there.

“So, we should be well supported – as we were for Gloucester's semi-final – and it's going a fantastic event.”