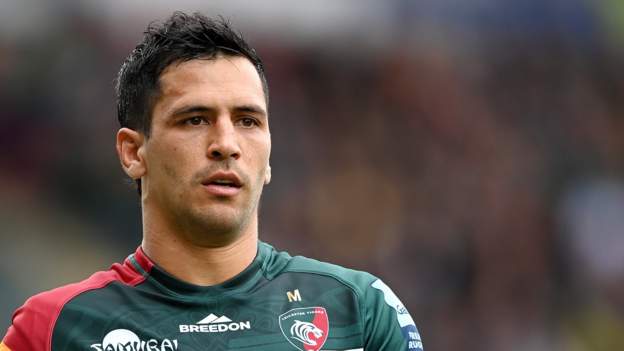 Moroni, 31, started Saturday's final For the Tigers, as they won against Saracens in Twickenham.

He was also named in Argentina's squad to play in the three-Test series against Scotland.

He told the newspaper that he liked the way Newcastle wants to play the game and felt like he could fit in. Falcons website.

Moroni is joined by Argentina team-mates Matias Olas and Mateo Carreras at Kingston Park. He is the sixth signing for the Falcons this summer.

Moroni, who joined Leicester in 2016, played 47 Super Rugby games for Jaguares and represented Argentina at the Rio Olympic Games in rugby sevens.

“Matias has been a friend of mine since we played together for Argentina Under-20s. He is a great player and one of my best friends,” Moroni said.

“We know that we can play well together. We have done this for many years. Mateo and I know each other from our Pumas time.

“It is always helpful to have someone you can trust who is already at your club. They can tell you what it is like. Through the conversations I had with Matias, I know that Newcastle will be a place I am happy on and off of the field.