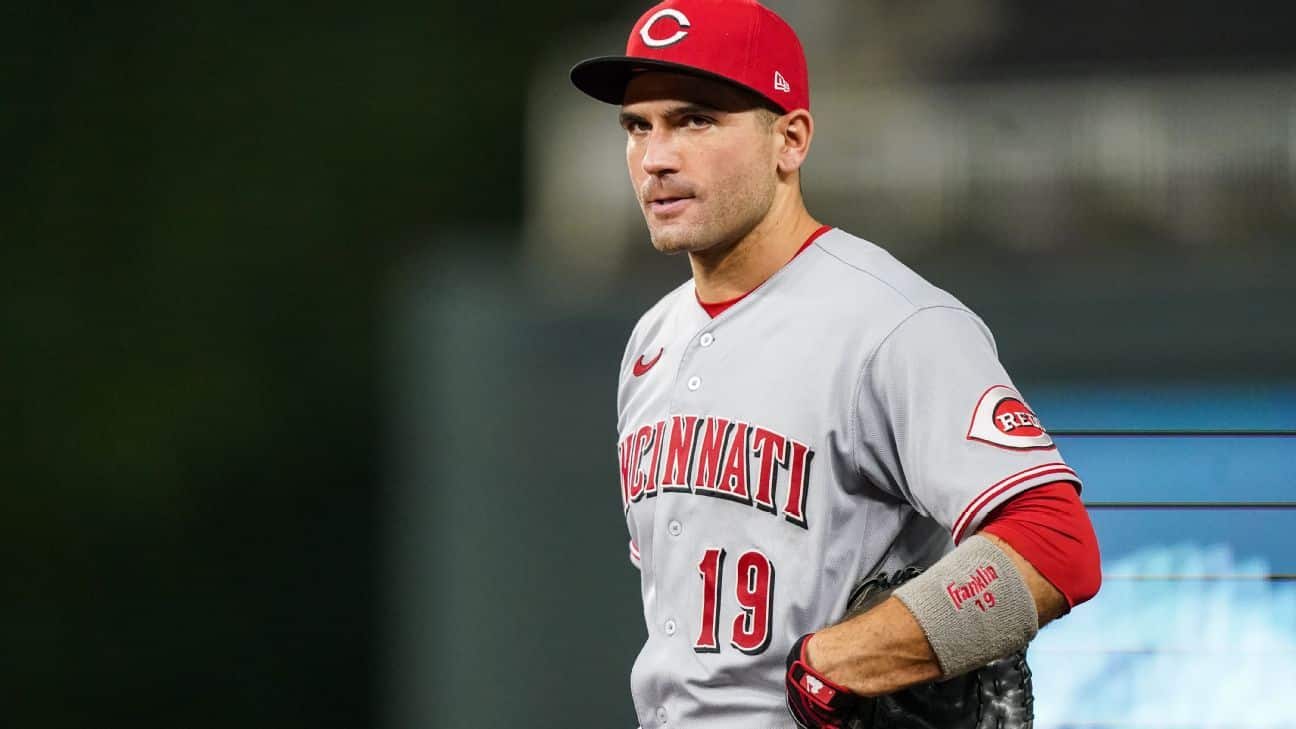 MILWAUKEE — The Cincinnati RedsPut slumping first baseman Joey VottoOn the COVID-19 injured list Tuesday, making the move prior to a game against Brewers.

Manager David Bell claimed that Votto had not tested positive for this virus.

Bell stated to Cincinnati reporters, “We're cautious as far as being able be able to put him onto that COVID IL. Which is really a daily thing till we know more.”

Votto was originally in the starting lineup to face off against the Brewers. However, he developed symptoms.

Six-time All-Star has hit just.122, with no home runs or three RBIs. He also had played in all 22 Cincinnati game this season. He has been a strikeout 29 times in 74 plate appearances.

Cincinnati currently has a 3-19 record, which is the worst in the major leagues. Reds had already lost six games in succession and 17 of 18 before the series opener against Brewers.

Votto linked Monday to Fangraphs.com a blog post that had the headline “Is this the End for Joey Votto?” He posted on his Twitter account: “Five more months. Enjoy the show.